In 1988, I left Modern Talk to form the Bob Geiger Band.  Our goal was to play my original music and work toward a record deal. You know, be "rock stars".  Larry Youngblood and Bob Payne joined me in the first iteration of the BGB and we soon brought on Mike Davenport on piano / keyboards and Pete Wagula on lead and slide guitar.

Our first set list included covers by Bob Seger, Bruce Springsteen, Eric Clapton, Eddie Money and the Beatles, among others, and our originals.   We rehearsed as a group a couple of times a week and often had separate rehearsals to work out vocal harmonies.  In 1989, we went to DAC Studios in Toms River to record our first original EP "Give Me A Badge".  We chose 5 songs that came together the quickest in rehearsals:  "Veronica", "Baby Blue", "Give Me A Badge", "One Summer" and "Getting Over You".   Jim "J.D." Kucharik, a close friend of Pete's and talented musician in his own right, produced the EP and Damian Cordisco, the owner of the studio, engineered.

We played the Jersey Shore club circuit as well as several local colleges to promote the recording.  It got some decent airplay on college radio and we were featured on a local top 40 radio station's "local band" segment.  Those were fun times, though we worked very hard rushing from day jobs to rehearsals, studio or shows until late into the night or early morning!

Our next studio recording was a single that included "Does Anybody Live Here Anymore" and "Stranger".  These tunes were a bit "moodier" and not as straight-forward as the "Badge" EP.  The band was experimenting more and taking more time with arrangements.  We were maturing and getting tighter as a group.  J.D. once again acted as our producer along with Jon Barris.  We recorded at DAC Studios.

"Through This Wall" was our next studio effort and included the title cut, "Give Me Something", "Heartbreaker", "Wheels in Motion" and "I Just Wanna Live".  Mike Davenport left the group before this recording and was replaced by Ralph Marks on keyboards.  Ralph brought a "synth" dynamic to the group which added a different feel to the arrangements.  J.D. produced and we again used DAC Studios.  At this point, we had added 2 very gifted background singers in Gina Petner and Barbara Quinlan.  Larry was our primary background vocalist and Bob Payne and Pete sang as well.  Gina and Barb gave us even more vocal depth and it added a lot to the recordings as well as our live shows.

I was saddened to hear that Damian Cordisco passed away.  He was a really great guy, talented drummer and engineer.  RIP, Damian.

I should note that one of the tracks featured on the "Music" page, "Road To Paradise", is a song that Ralph Marks wrote the music for.  He pre-recorded it with some studio musicians and asked me to throw some lyrics / melody to it.  It was a fun project.

Over the next couple of years, the BGB added more material that never made it to the studio, though were popular in the clubs.  "Lies", "Before The Morning", "Fountain of Youth", "In The Arms of Another Man", "Woman So Cold", among others, were examples of how we were challenging ourselves to construct more dynamic arrangements.

It was a privilege to play with this great group of musicians.  Their individual creative contributions elevated the songs I wrote to heights that I could have never achieved alone.

I am proud, and honored, to have been a part of the great music they produced.

If I was the "captain" of the group, Pete Wagula was the first lieutenant.  Pete is an immensely talented guitarist and songwriter and has been a good friend and mentor to me over the years. I should note that Pete wrote the music for "Wheels In Motion" and I wrote the lyrics.   He continues to write, perform and teach to this day.  You should visit petewagula.com to hear some of the fantastic music he continues to create. 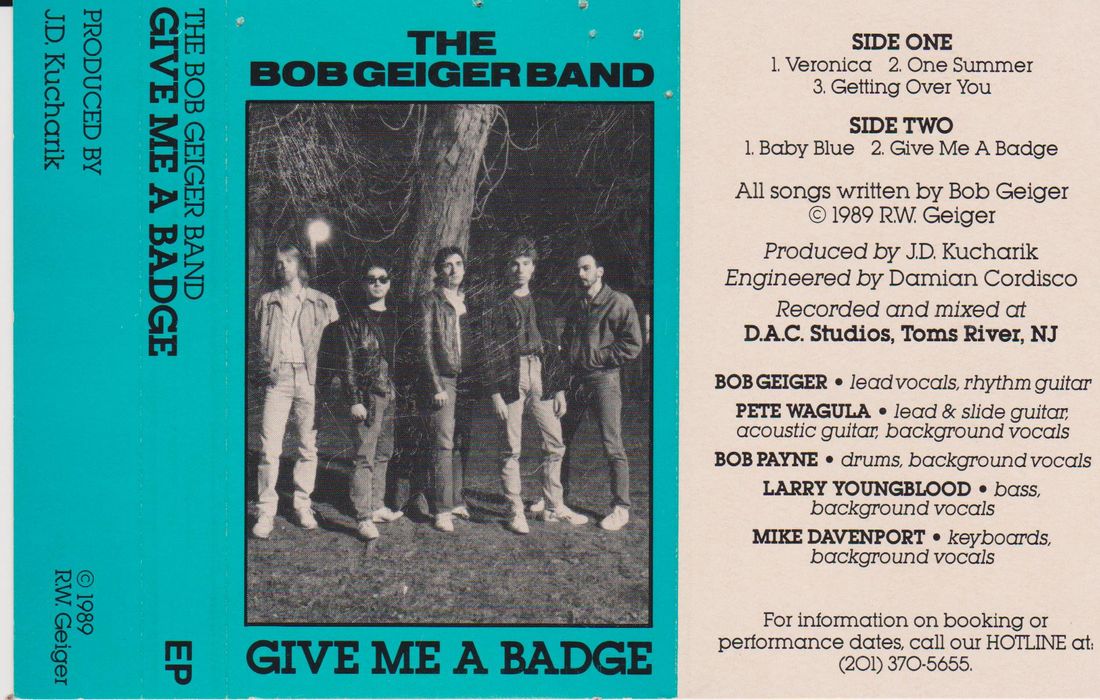