As a child, I often sang in the shower or in my room, careful not to let anyone hear.  I often thought of "coming out", as it were, but really didn't have the self-confidence.  My first brush with music came through a 6th grade buddy named Manny Reyna in Omaha, Neb.  (1973) Manny played drums, guitar and could sing - all really well!!  He introduced me to "Grand Funk Railroad" and how much fun it could be to actually play the instruments!  I remember watching him sing "Hound Dog" at the school talent show - he was just a natural entertainer.  I recently rediscovered Manny on Facebook.  He lives in Texas and plays music to this day.

My first real musical experience was as a drummer, and that was only at home on a Sears drum kit I talked my parents into buying me in junior high!  It wasn't until I was a junior in high school in Lakehurst, NJ, that I got a chance to be in a band.  A guitarist that lived on the same block named Jimmy Wood and his other guitarist friend, Ruben Doval, told me they had a band and needed a drummer and a singer.  (circa 1978)  I offered to try my hand at the drums; however, was quick to say that I didn't sing.

We started rehearsing and the guys weren't able to find a singer so they talked me into trying.  The logic was I couldn't be any worse than them and, in fact, wound up being the one who "sucked the least" at it.  So there it began, screaming from behind a drum set, I embarked on my singing "career".

The band went by the name of Black Pearl and our first gig was at a friend's house on Halloween night.  We played anything from Beatles, Wings and Styx tunes to Kiss, Bob Seger and Lynyrd Skynyrd.  We mostly played parties and after a couple of years, and a few musician changes, we started renting the local "Golf Shack" on Lakehurst Naval Air Station and performed for larger crowds.  This was around 1979 and I had begun to dabble in songwriting a bit.  Ruben taught me some chords on the guitar and I would buy songbooks and try to mimic the chords in other people's songs.  The first songbook I bought was for Kenny Roger's "The Gambler" album.  It's amazing how many songs can be played with the same 3 chords. (no offense, Kenny)

We were joined by classmates Greg Butler, on lead guitar, and Joe Chiaralanza on bass.

Greg was an extraordinary guitar player with a real Southern Rock flair.  He was also a good friend. I was heartbroken when I recently found out Greg had passed away.  He had an amazing, natural gift.  If you listen to "After The Rain", one of the home recordings featured on the "Music" page of the site, that's Greg on lead guitar. I'm so happy that I was able to capture a small sample of his talent for posterity.

Ruben and I co-wrote some tunes, including "Seaside" which is also featured on the "Music" page.

In July, 1980, about 3 weeks after I graduated high school, I was involved in a pretty serious car accident.  A drunk driver hit the car I was driving with 4 friends on board.  My friends were all injured, but OK, thankfully.  I took the brunt of the head on collision and ended up spending the next 3 years undergoing follow up surgery and fairly extensive rehab.  I was able to spend much of this down time learning the guitar and honing my songwriting skills.  I remember asking my mom and dad to take the $180 I had in savings and buy me an acoustic guitar.  Looking back, I have to wonder, if I didn't have the accident, would I still have pursued music the way I did.  I don't think I would have.  I think blessings come in strange forms sometimes.  If I had the power to change what happened the night of the accident, knowing what I know now, I wouldn't change a thing.  Kinda weird.

In 1985 (-ish), I connected with a friend named Mark Mustacchio, a local keyboard player, who was looking for a singer to join "Modern Talk", a Jersey Shore cover band.  I hesitated because I had been working the last few years on writing original material and was really interested in forming an original band to play my music.  Mark was very persuasive and eventually talked me into an audition.  I figured I could use the stage experience and the fact that cover bands got comped all the beer they could drink at the bar sealed the deal.

I later found that "beer" was in lieu of "money".

I packed my Fender Strat and amp and went to Ernie the drummer's house for the audition.  It went well and they decided to hire me.  My first audition song was "Dark Side" by John Cafferty and the Beaver Brown Band.  (think "Eddie and the Cruisers" movie)  Ironically, the Bob Geiger Band would actually open for John Cafferty and the Beaver Brown Band a few years later at the Stone Pony in Asbury Park!

The guys in "Modern Talk" were all really talented and we did some decent 80's material by ZZ Top, U2, John Mellencamp and Bruce Springsteen. (c'mon it was JERSEY!)

Larry Youngblood was the bass player, Paul Fosgreen was the lead guitarist and Mark and Ernie rounded out the group.  I played rhythm guitar and sang.  After about a year, Ernie quit the band and we enlisted another local drummer, Bob Payne, to join the group.

Mark was a good keyboard player and doubled on saxophone.  He was the 'good looking' one in the band and usually got the ladies' attention whenever we played.

Paul was a great technical guitar player.  He could play, note for note, just about any song he worked on and mimic the exact sound and effects as the guitarist on the record.

Bob Payne was a talented drummer whose claim to fame, at that point, was he had played with a touring Beatlemania band; a fairly impressive addition to any musician's resume.   He even looks a little like Ringo.  Bob has a unique, dynamic style of drumming.  At the time, I felt that his real place was in an original band where he could really showcase his ability. Bob still plays regularly with "The Happenings".

Larry Youngblood was a relative newbie to the bass guitar.  He would joke that he was a "late bloomer", though I was always impressed with how quickly he could pick up new material.  Later, as the bass player for the Bob Geiger Band, Larry would develop his incredible talent for creating great melodic runs that really became a signature in many of the original songs we played.    Larry also had the distinction of being the "good looking one" in the Bob Geiger Band.  Of course, that was until "the girls" joined the band!!! 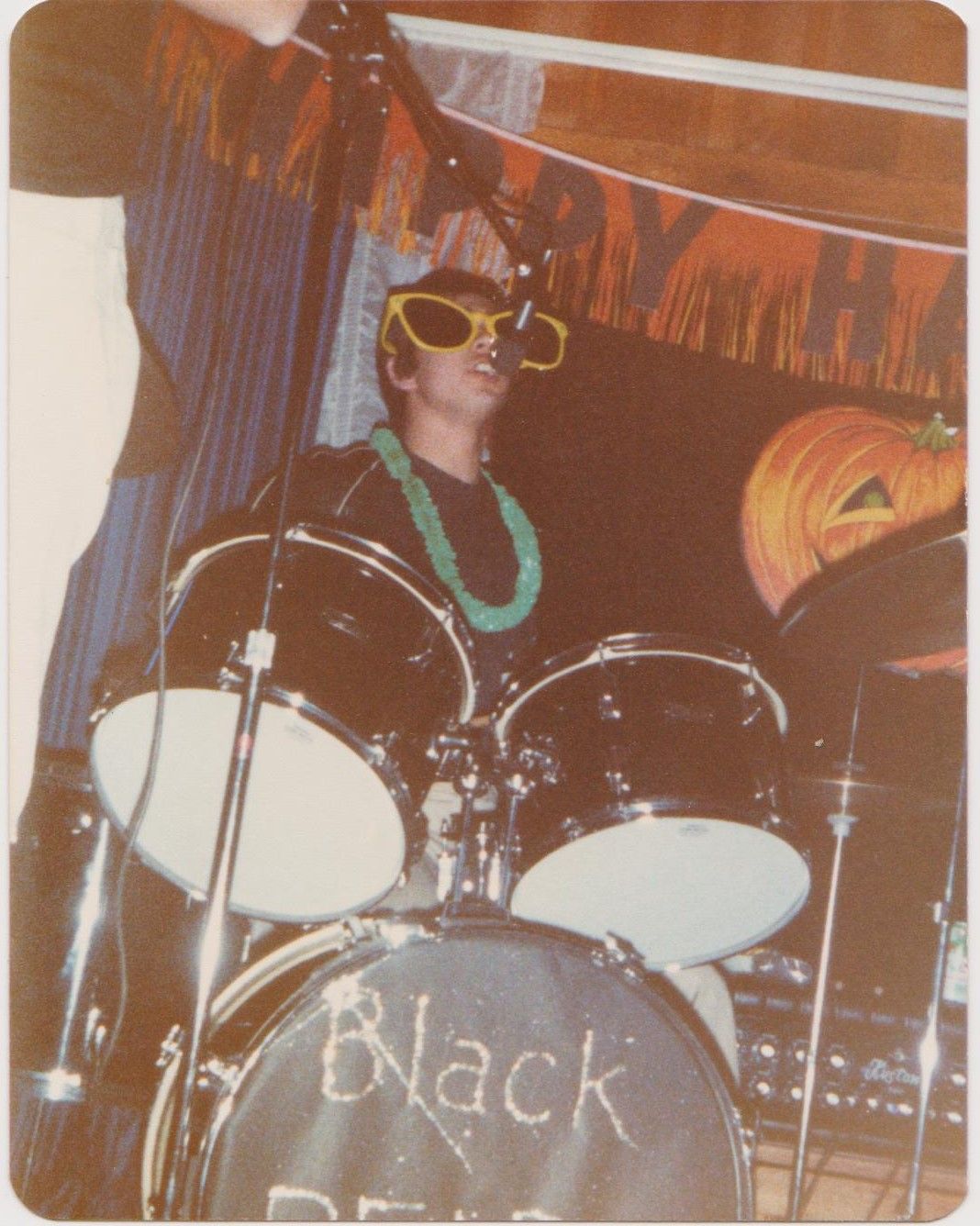